or: your Shiny apps can be cute, I promise!

I’ve spent a fair bit of time lately working on Shiny apps, trying my best to make them… not look like Shiny apps! This post will walk through the process of styling a Shiny app to be more aesthetically pleasing and to fit an existing brand.

I decided it would be fun to style an app after the infamous Big Bud Press, an LA based ethical clothing brand known for their bright, unisex (gender neutral?), everyday styles. Their branding is bright and fun with definite 70s inspiration.

The first thing I did was head over to their website, click around, take some screenshots, spend a lot of time hitting “Inspect Element”, and pay attention to their font and colour choices, buttons, page layouts, and the general vibe. I ended up with an assessment that looks a little something like this!

(made in procreate, if you’re curious)

To summarise a bit:

Now… how do we get a shiny app to look like that?! With CSS and patience. Unfortunately this is not a tutorial on learning CSS - I don’t know it well enough to teach it! I’ll try to explain along the way, but I really recommend resources like Mozilla’s docs. My general strategy is to spend a lot of time in the page inspector and just reload a lot. You don’t need to create all of the CSS from scratch (the basic Shiny apps use a stylesheet from Bootstrap), just change (and override) the bits that you don’t like!

If you don’t want to read the whole post (no problem!) and just see the final product, feel free to check out the app, Shiny code, and CSS!

I know that there are great packages in development like bslib and fresh to make styling your Shiny app easier without knowing how to use CSS. Right now I know enough CSS to write it myself (never thought I’d say that!) so that’s how I’ll go!

I’m starting off with an app that looks like this. It uses a basic navbarPage() layout, and looks… pretty basic 🥴. The content is all pulled from Google Trends via the gtrendsR package, and the page lets you toggle between weekly data for the past year and hourly data for the past 7 days to see relative interest in the search term “Big Bud Press”. I won’t go into the construction of this basic app too much, but the code is here if you want to look around.

The first step is to create a CSS file which will contain all of the rules to style this app. I’ll put this in the www/ directory, with my app file living in the main directory. In order to tell the app to use this CSS file (called style.css), I’ll link it in the app’s UI. This is pseudo code, but the basic idea!

There isn’t actually anything in the CSS file, so nothing changes with the app!

I’ll start off with the font and basic colours. Cooper BT actually isn’t a free font, so I can’t use it, but I found the Corben font from Google Fonts, which has a similar bubbly 70s vibe. It only comes in two weights - 400 and 700 - and no italics, but good enough for my purposes!

To tell the app to use Corben, first I need to import it into the CSS file:

Next, I’ll define some variables to use in the file. Like in R, you don’t always want to hardcode values like the font, colour, or sizing, because it gets cumbersome to type them out, and in case you need to change ’em later… like if the brand you’re ripping off changes their website from red to turqouise in the middle of a blog post. I’ll make some variables to store the font I’m using, the base size, weights, as well as some colours.

Nothing is actually using these variables yet, though! So I’ll set everything (*, like in SQL) to use the font, size, and text colour I want, referring to variables via something like var(--variable-name). I’ll also set the headers to be a heavier weight, and change the colour of links (and their colour on hover):

Now the fonts are all cute and bubbly, with chunky headers and a colourful link!

Just a general note - if you’re just changing the UI of your app, either by editing the actual Shiny code for the UI or the CSS, you don’t need to stop and restart your app - you can just refresh it to see the changes!

This full width page is really bugging me, so next up I’ll update it so that the page is contained to be 1180 pixels wide, centered in the middle of the page.

That’s a little more manageable to look at!

Now I’ll tackle the navigation bar. I find this is where I end up focusing most of my energy, but it makes a huge difference. I’ll do the fonts first, making them a little chunkier, converting to uppercase (without actually altering the underlying name of the tab in Shiny!), setting the hover/active colour to be that turqouise (our “primary” colour in the app), and removing any additional background on the link of the active page.

I know this CSS can look a bit intimidating, especially the selectors - I hope you take some comfort in knowing that I do NOT know what they all do and YES I just copied ’em from the inspector in Firefox. It works, who cares?

So cute! But it would be cuter with their logo, so I’ll add that in by altering the underlying Shiny code. I’m making it so that the logo is a link that returns you to first page of the Shiny app, rather than… doing nothing. The logo also lives in the www/ directory.

In the R code, I load the logo and update the navbarPage code to look a little something like this. The windowTitle argument refers to what you see as the page’s title in your browser (ie on a tab) - otherwise it would be something like <a href="/" img<... no thanks!

To make the navigation bar fit the logo, I need to update the CSS. I’ll also change the navbar to have a white background, with a thin bottom border in our primary colour and a thick top one (to emulate the header on the website), and adjust the height of the navigation bar links so that they’re centered with the logo, give a little more space between ’em, and push them to the right:

Doesn’t that make a world of difference?!

I’ll also add a footer to mimic theirs, with a little credit to me! Adding the actual footer in Shiny:

and the styling in the CSS:

That’s almost it for CSS, I’ll just add a favicon (the little icon you see on a website’s tab) in before I tackle the app layout a bit. In Shiny:

Now for the layout! I don’t have too many changes to make, I promise, but this sort of sidebar layout isn’t very cute here, nor necessary, since there’s only one input! Lately I’ve enjoyed having any inputs go horizontally on top of the outputs, so let’s do that, making it sit alongside the text, and move the plots and table into wellPanel()s so there’s some distinction between them. I won’t bore you with the Shiny code (I assume you know how to use column() already!), but here’s how it looks:

That’s much sleeker, but those wellPanel()s are not it! Let’s style them up with a little CSS:

And lastly for this page, give the plots and table a little personality. Theming ggplot2 could be (should be?) an entire post on its own, and I won’t go into that - but here’s how they look!

Lastly, it’s a little jarring to just be landed straight onto a Google Trends page when you go to an app! I’ll make the “About” page come first, and give it some personality. You can see all the code that went into this bit starting here.

And there you have it!! Let’s do a before and after of the main page, just to see how far it’s come:

And the final links again: app, Shiny code, and CSS!

I hope this was helpful for understanding how you can style your Shiny apps to give them more branding and personality. This was not exhaustive, and doesn’t cover stuff like optimizing for mobile layouts (looks pretty cute on my iPad though), but I hope it’s enough to inspire and get you started! 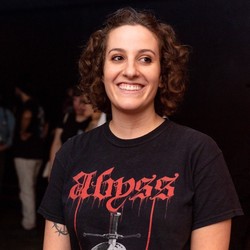